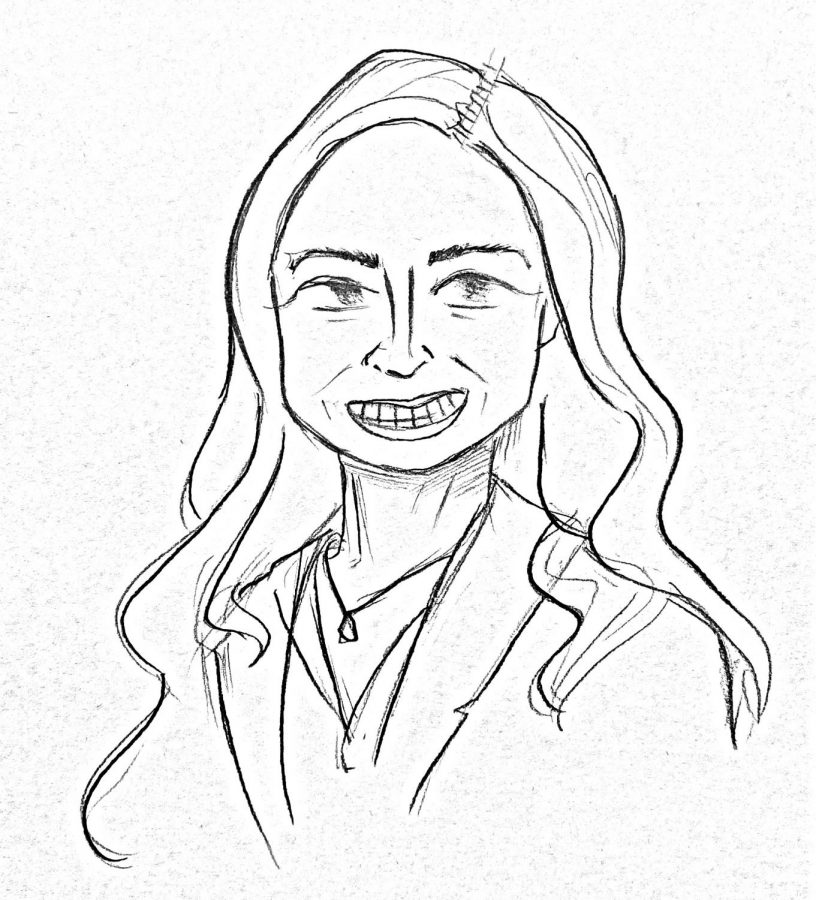 Victoria: So you’re doing good, right (I say this in an “I hope you were doing good!” way because I had forgotten asking “how are you?” was a thing), cuz…

Victoria: (Laughs) Do you have to think a little?

Stetson: I know! It’s not something that I typically think about… (says to herself out loud) One of my… what is my… I think it’s Cinderella.

Stetson: You know, Cinderella… Yeah, because it’s really heartwarming, that whole story that she loses her mom and she has these vicious siblings, kind of. Even though I have really nice siblings.

Stetson: The whole slipper thing, I like that. And the dress…I happen to like fashion and she gets this amazing makeover, kind of, and I love those kinds of makeover stories. She gets to dress and… the slipper out of glass…I like that one a lot.

Victoria: Cool, cool. That’s definitely a classic one. I grew up with Cinderella and Snow White and stuff like that.

Stetson: Yeah, I know. And you know what? I come from an area in Germany, in the middle of Germany. There’s some hilly, mountainous areas. There was a lot of mining. And the Brothers Grimm lived in the area and they collected all these oral stories, and so they come from that area where I’m from, actually.

Victoria: That’s really cool because I never really knew where the brothers were from. I just knew that they, you know, they wrote all these amazing stories.

Stetson: Yeah, yeah, yeah. They come from not far from where I grew up.

Stetson: Oh, yeah. That is The Theory of Everything about Stephen Hawking.

Stetson: It’s like him growing up and…I think he went to Oxford. And when he was a young man, in his 20’s, he got that terrible disease, you know.  Eddie Redmayne plays him. I think he got an Oscar for it. And it’s just amazing. He plays him so well. And I love the music, too, in this movie. And it’s just…especially the beginning. If I don’t feel well, let’s say or I just need something, I want to go to bed and watch, like something that makes me feel better. It’s just such an amazing story, you know. And the movie’s ending when they get to know each other and he meets his future wife. Yeah, it’s obviously a very, very sad story, but … I just love that movie.

Victoria: I remember watching it when I was really, really young. I was kind of confused throughout the whole thing, but I think it was pretty emotional.

Stetson: Yes… It’s a sad story. It really is. But he made the best of it. I mean, he achieved so much and he had so many obstacles in his life. I mean, he couldn’t even speak basically, right. But he wrote books, he traveled, he became world-famous with his theories. And I just think this is so impressive. You know, if I would have gotten so sick, I might have just… cried all day, you know. (Laughs)

Stetson: And I would have felt sorry for myself. But he still went, you know, to finish his degree and his Ph.D. and he would write books and it’s so impressive.

Victoria: Yeah. I really like how he didn’t let his illness define who he is, right. Because some people it’s like, oh you know, I’m sick, I can’t do anything. I’ll just, you know, I’ll live with this. But he was like, I’m fighting against it. That’s admirable.

Stetson: Not going to feel sorry for myself. I think that’s like, amazing. Really admirable.

Victoria: Before this, I watched a little Ted-Ed video on the Berlin Wall because I never really understood what it was, but then I watched it and I know that you lived in East Germany. How did you feel when the wall came down?

Stetson: Yeah. You know what? First of all, it was very unexpected. Like the night before, I would not have thought that this is happening, right. And then there was a news conference in the night saying that people can travel, basically getting out of the country. Before it was more like a big, huge prison. But I didn’t believe it. I thought maybe they’re letting people out and then they’ll close the wall again and so everybody could go out, but not back in. And I would not have left my family.

I really, really wanted to see the West or West Germany and the rest of the world, but I wouldn’t have left my family at that time. And, so, I didn’t believe it. Until the next morning, I saw people sitting on the wall and then it dawned to me that this is possibly really true, and it affects all of us and maybe I would be free. So it was unbelievable. It was really, like truly a shock, almost like, you know, unbelievable. So I called up a girlfriend and we were like, can you believe what’s happening? We got to go. And we wanted to go to Berlin.

Stetson: And, um, so we got in the car. I picked her up. I had a car at the time and we wanted to drive. And I was so excited that I got to the next corner in front of her house and I had ripped out the stick shift out of my car.

Stetson: It was not a really good car, (smiles), but I think I basically destroyed it! I had it in my hand (gestures holding up a stick shift) and I had a good laugh about it, but it was also sad because then we had to get towed and we couldn’t drive to Berlin. All the world was open, you know, and I had a broken car, which was typical for East Germany, in a way. And then we took the train the next day and it was just unbelievable, really. We were…it was out of the world happiness. I mean, the world had opened up. My life had changed overnight. And I would have never thought when we were protesting– we were protesting before–the first time in history you know, it wasn’t allowed. So we protested, but more like for better living conditions, you know, easier life. But I never thought that the whole system was going to collapse and I will be free, so…yeah. I mean, it was amazing. I’ll never forget this surprising, you know, ecstatic, unbelievable thing happening to me. I would have never thought… I thought I would have to become sixty-five years old in order to go to West Germany, because that’s when you could leave and travel. So I was kind of looking forward to becoming sixty-five years old and traveling, finally. You know, I always had that dream. I loved music and theater and all that as a kid–or as a teenager.

And I always wanted to go to New York City and to see New York City. I thought this was the city to live in and everything, and I knew I would never see it. But then I kind of could. And it’s unbelievable.

Stetson: Yeah. Yeah. I would say, I was always interested in the U.S. and New York City for some reason. I think if you were in arts and you love arts, then New York City and Broadway and that’s all…it’s very appealing for you. So, you know, I would have loved to do that. I think if I would have grown up somewhere else or, you know, in the West, I would have maybe tried that and pursued that. But I just had no, you know, didn’t have that chance. I didn’t have all the opportunities people have nowadays growing up in East Germany, you know.

Victoria: Ok, so thanks for your time!

Stetson: Alright, well, it was really nice meeting you!

Victoria: It was nice meeting you as well, even though it’s over Zoom.