What Happened Over Pride Weekend Sucked. Unfortunately, It Was Nothing New.

Amid acts of homophobia, Ruby Hawes ’20 reflects on the LGBTQ experience at the Academy. 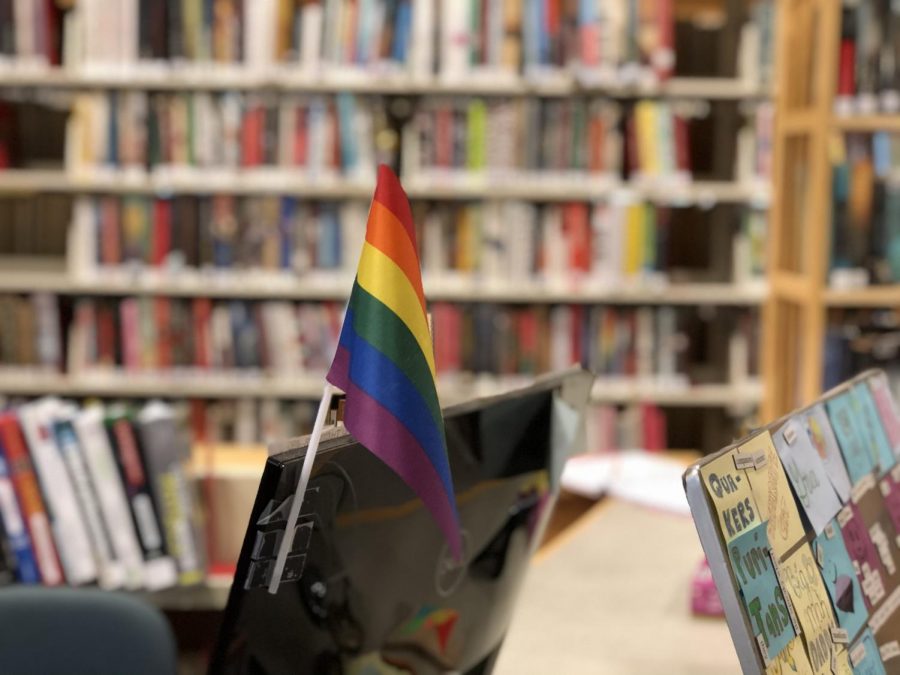 Disclaimer: I am a white, cis-gendered, middle-class, bisexual female who lives in Northeastern Massachusetts. My experiences are very different from many other LGBT+ people. My opinion is not representative of the entire queer community.

Homophobia at Governor’s has always been, with the exception of the Pride Weekend, lazy. It’s nothing creative, it’s nothing new, it’s just there. It’s rarely the jaw-dropping, awe-inspiring kind of hate that TV and movies have trained us to expect. I am obviously thankful for this. I don’t want Governor’s to show up on the nightly news because of an egregious hate crime. In fact, my experience here has been mostly positive. The number of students and faculty members who have openly and proudly stood by me and other LGBTQ people is definitely larger than those who have put me down. That’s not to say, however, that it doesn’t make my stomach churn to hear the slurs, jokes, and comments coming out of the mouths of several classmates and teachers.

I’ve seen one person refer to a friend as a “f*g” on social media, watched a teacher mock those who are gender non-conforming, heard countless students refer to things as “gay,” and been told by someone that my sexuality isn’t “good enough” for them. All of these things I shouldered, assuming they were part of the gig; you’re queer, you have to deal.

I’d grown numb to the careless actions of those around me until those actions became a little less careless. When the social media posts about Pride Weekend started, yes, I was outraged, but that numbness was still present. Here we go again, I thought to myself. But this time the posts had a different flavor. People were picking out places to film and photograph, thinking about what words they would use, and taking the time to put everything together. People were putting thought into their messages, crossing the line from carelessness to hatred.

I became outraged. Not just with the perpetrators of these acts, but with those who were excusing their actions, claiming their words were evidence of “a different political view.” I don’t care whether you’re a Republican, a Democrat, a Libertarian, or anything else. My sexuality is not a point of political debate. In the words of my LGBTQ brothers and sisters of the 1970s, “I’m here, I’m queer, get used to it.”

After morning meeting on Monday, when the reports of homophobia grew exponentially, my fighting spirit started to die out. I felt sick to my stomach, I struggled to pay attention in my classes. I felt defeated. All because of the actions of my peers.

These actions do not deserve excuses. They do not deserve the benefit of the doubt. They need to be acknowledged for what they are: acts of hate. Once we all agree on this, we can start to solve the problem. I will not feel like a second class citizen at my own school, I will not wonder what hate is waiting on my Snapchat feed, I will not be afraid to be myself at a place that values community as much as this school says it does.

A community values acceptance and respect. A community stands up and makes significant changes when its members feel unsafe and unwelcome. A community calls out not just those who are perpetrating harmful acts, but those who act as bystanders as well. A community comes together and works to make all its members feel safe. This community is struggling, there’s no question about it. But because of the existence of straight allies, and the presence of people who I know will stand up, I am not afraid. While my faith in this community has wavered in the past weeks, it is still there. I really do believe that this place is comprised of truly good people and that by holding each other accountable we can start to heal.