Two of a Kind?

Jana Choe ‘23 contemplates having a sibling on campus, or more accurately, having a Jess on campus. 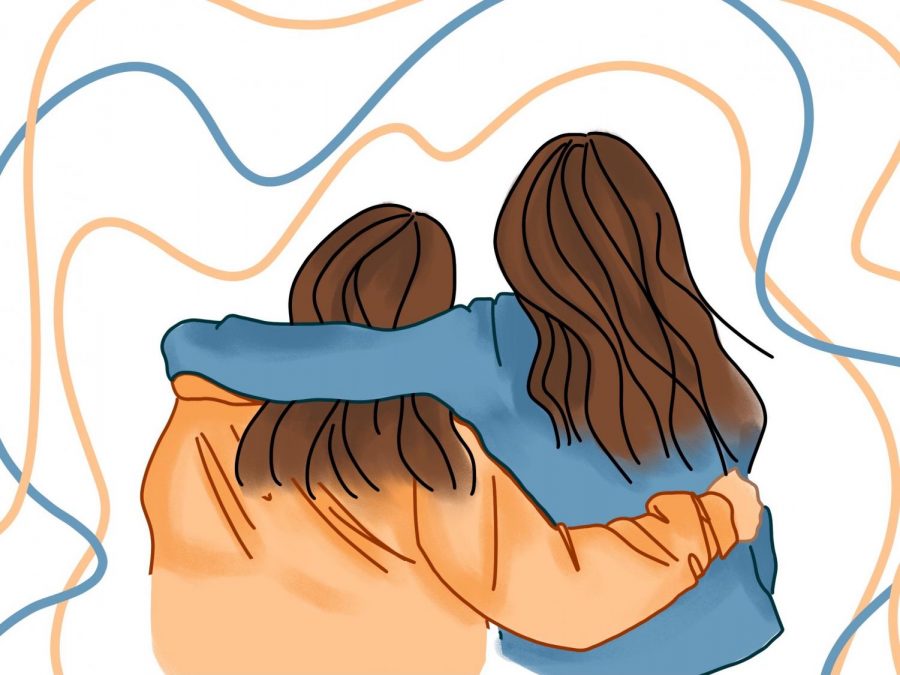 “Wow, you guys are sisters?”

This is the question I hear the most in school, second only to, “um, can you speak louder?”  And to everyone’s surprise, the answer’s yes: Jess Choe ’22 and Jana Choe ’23 happen to be sisters.

It is not the looks that they are questioning. Even in Korea, we are easily mistaken as twins, despite the two-year gap between us. And the fact that we are the only Korean girls (and the only Choes) shouldn’t contribute much to the confusion, either. But it never takes anyone more than a minute to realize that we are two very distinct species, born and built differently.

Being the most introverted person the world has ever experienced, I am constantly amazed by my sister’s sociable nature. Talkative and cheerful, she is everything that I’m not.  Jess must have taken all the sociability and confidence from our DNA, leaving only the self-consciousness and awkwardness in the box for her poor sister. (Oh, and yes, punctuality, too. Either her bags were getting full, or she decided those weren’t important.) And so, here’s Jess, entering a room quite confidently despite being ten minutes late, to spark off the most random conversation with most random people, while I, Jana the quiet, stay in the corner, befriending the shadows. (Although, to be honest, they really do need to speak up.)

So when I came to Govs, I was not quite what the school was expecting. Instead of a second little Jess, equally chatty and chaotic, they got this quiet girl who always disappears into the surroundings. Now, there is nothing wrong with being shy or quiet. But when your older sister is Jess, that’s a whole other story. The teachers, who were prepared to throw markers at Jess the second for being late, while she makes all the noises in the world to proclaim that she had finally arrived, now had to strain themselves to interpret the smallest sound that human beings can ever make.

Interestingly, the more people notice the dissimilarity between us, the more they start to focus on our relationship.  Often I realize that my individuality (sadly, with two sisters and a very charismatic dog, I seem to be lacking in that department) is replaced by the title of “Jess’ little sister,” setting up a standard I will not and cannot reach. My failure to resemble my sister, manifested only more clearly as time passes, makes them further question the incongruity between us, and so the cycle continues.

But then, we are meant to be different. There is no reason why I should be my sister, nor my sister to be me. We learn and understand; we connect and empathize. Grow as two branches on the tree, but not merge into one. As cultures and traditions all blend to create something more wonderful in the world and still remain clearly distinctive, I believe that in such ways we can value our history and background.