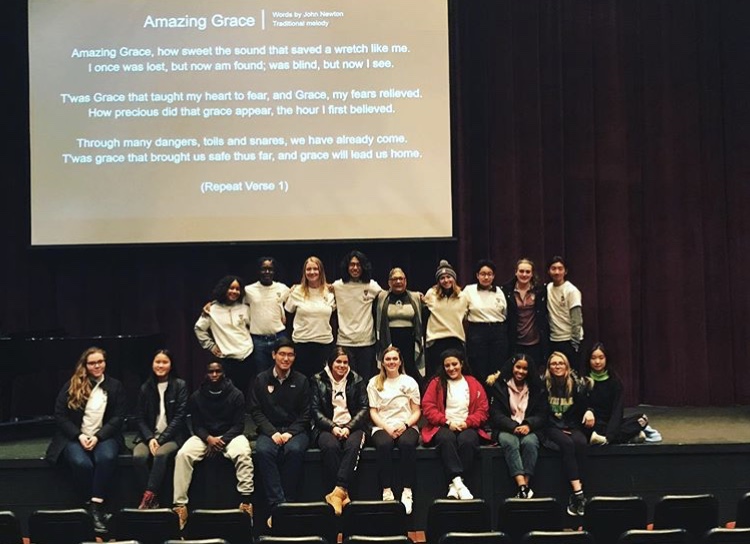 This past MLK Day, students engaged in discussions surrounding Dr. King’s work and how the Governor’s community can come together to advance it. In the morning, students watched a documentary film about the life of King, and in the afternoon they heard from Reverend Sharon Risher, a social justice and gun-control advocate. Students were guided in learning and celebrating the life and work of King.

In an interview with The Governor prior to MLK Day, Dean of Multicultural Education Eddie Carson explained that part of the purpose of the day was to educate students and correct misconceptions about King’s life. “It’s come to my attention that a lot of students—and not only students but I would say a lot of adults, too—do not really have a good fundamental understanding of MLK and who he was and his objectives and his goals […] I was not a fan of MLK until probably my mid to late 20s and really my appreciation for him came out of my own academic work as someone who does twentieth-century race and religion,” said Carson.

He also discussed the connection between King’s work and his own push for radical love at the Academy, saying, “I admire King for loving his enemies so radically because it is my greatest weakness. I do not love my enemy.”

In the morning, after some brief remarks from Head of School Dr. Peter Quimby and Carson, students and faculty watched the film King in The Wilderness, about the later years of Dr. Martin Luther King Jr.’s life. The film explored not only King’s passion and work towards racial equality, but also his opposition to the Vietnam war and his fight against poverty.

After the film, students went to their pre-assigned discussion groups. Anti-Defamation League (ADL) peer trainers and other student leaders led students in discussions surrounding the film, King’s work and legacy, and what Governor’s is doing to live up to that legacy. Students then went to lunch, where they sat at pre-assigned tables and were led by faculty members in further discussion.

“The lunch groups we’re gonna be in—as you’ve probably seen, people are not gonna be with their friend groups. They’re not hanging out with people, but we’re asking people to engage in community conversations with people you’re not around. And if students struggle with 30-45 minutes of discomfort, by being outside of familiarity, then we’re in more trouble than we think we’re in,” said Carson.

In the afternoon, Reverend Sharon Risher spoke movingly about her experience with loss and forgiveness after her mother was killed in the Charleston Church shooting in 2015. Risher’s mother, two cousins, and a childhood friend were all killed by white supremacist Dylann Roof while attending a Bible study meeting. Risher shared her journey to forgiving Roof for his actions while also becoming a gun control advocate. Risher specifically shared how her personal faith allowed her to move through her grief. Afterward, Risher led an engaging question and answer session.

Feedback from both students and faculty has been more positive than in past years, although there has still been some criticism of the programming. Feedback was generally positive from the film and speaker, but the discussion groups faced more criticism. Several students and faculty commented that the groups did not always represent all ages at the Academy and that balancing upper and underclassmen would help to better stimulate robust discussion.

Other feedback included issues around student engagement. “If students aren’t willing to fully engage with this program they aren’t going to get anything out of it,” commented Ms. Sharon Slater, archivist and history teacher at the Academy. “While some students seemed engaged but not necessarily willing to share, others clearly just wanted to be somewhere else. We all need to fully commit to this programming if we really want to get something out of it.”

“I hope students will sit back and not complain about the day and wish they were—I love what Adeliza said—wish they were somewhere else,” said Carson. “I’m hoping that students will think about the day as a thought exercise, not on the celebration of our diversity, but a celebration and an engagement on critical issues of ‘we need to do better’ and ‘we can be better’ and ‘we have so far to go,’ because King never said the journey was over.”