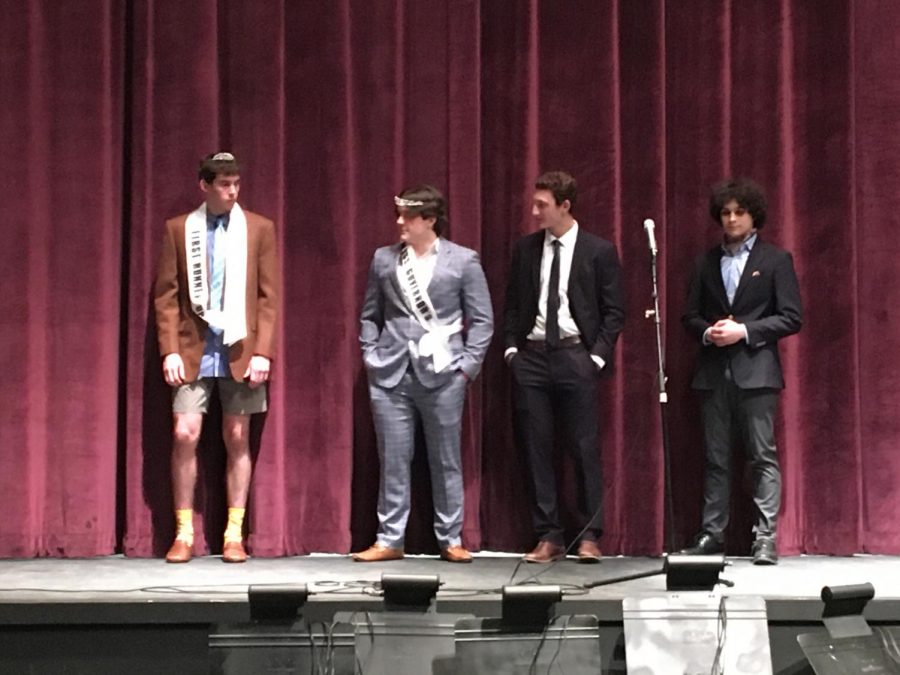 On February 1, I had the pleasure of attending a modern tradition of the Academy—Mr. GDA, recently renamed the Governor’s Pageant. The event featured a lot of controversy last year, but after much demand and effort by the senior leadership, it returned again this year. At this event, four senior boys (Todd Kennedy, John Gorgol, Ty Belville, and Reece Ciampitti) competed in a pageant for the title of Mr. Governor. The event was judged by four seniors: Mary LaRovere, Louisa Purinton, Zack Clough, and Tianyu Fang. It was evident the event had the semblance of mocking traditional gender roles, yet when Ty walked onstage with shorts just shy of a Speedo, it seemed this event served to play into regressive gender roles and jock culture.

The pageant started with each contestant introducing themselves. Senior class president Todd walked in as ‘Mr. President’ with entourage. Reece stunned the crowd by donning all white and speaking about his belief in the Temperance League with co-founder Nick Luikey ’20. John came on stage dressed as an egg and performed the iconic dance from Dirty Dancing with Owen Fowler ’21, dressed as a slice of bacon. Ty rounded out the introductions by tackling a peer on a mattress, showing off his football prowess.

The next section was what I was looking forward to the most: the talent section. Todd and his friends sang a brilliant cover of “I Want It That Way” by the Backstreet Boys. Judge Tianyu described the performance as “lackluster.” Thankfully Reece stole the show with a hip hop inspired dance to “SexyBack” by Justin Timberlake. John followed this act by juggling and Ty with an impressive Govs diss track, but neither quite lived up to Reece’s performance. The talent portion was followed by beach themed skits: Todd sang Tequila (and seemingly forgot the lyrics), Reece danced to California Gurls, John drank… milk, and Ty surfed across a soap covered tarp and then instructed the audience on how to make a protein shake. The initial magic had worn off, and I was left questioning the purpose of this event, and why exactly I was sitting here watching these absurd acts.

Ultimately, Ty Belville won the title of the Governor’s Pageant. Many believe the event to be rigged, as Judge Tianyu Fang was seen accepting bribes via Venmo.

In the end, it seemed less about who won and more about the entertaining acts of the evening, but I was still wondering exactly the purpose of putting four senior boys in the spotlight in potentially embarrassing situations. “I always looked at the event as a way to mock pageants. Pageants, to me, are toxic and amplify gender stereotypes/norms. As the Head [of] SWAGA I look at it as a way to call out the sexualization of both men and women by transforming its meaning,” Erin Hanlon ’20, a member of the Student Activities Board, wrote to The Governor.

While I enjoyed attending the show, and many of the skits were funny, I could have found better entertainment elsewhere. If the event returns next year, I think we need to reassess why we want to continue a stereotypically gendered event in the guise of weekend recreation.