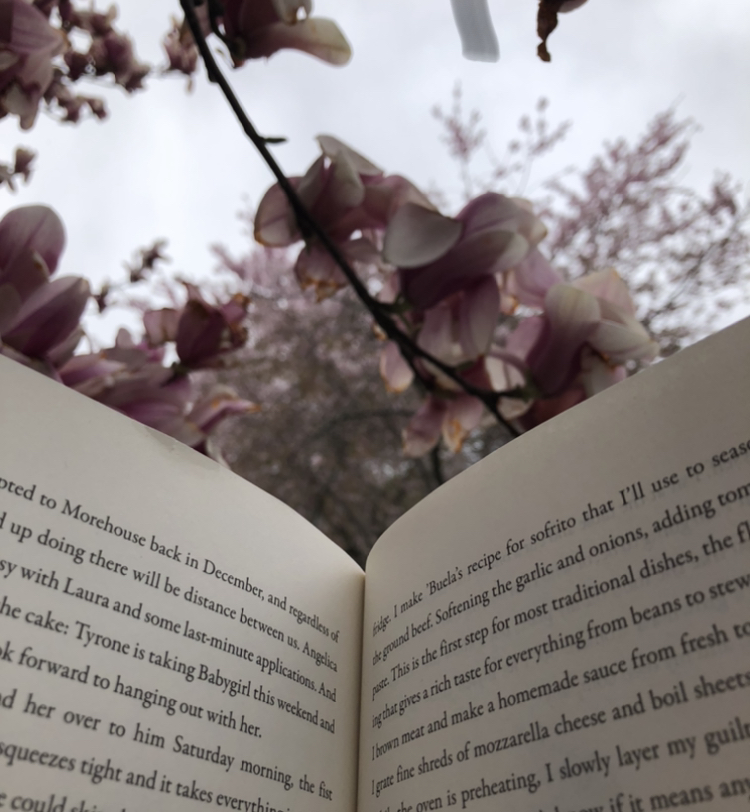 National poetry month, the 4th month nestled between Women’s History Month and Asian-Pacific American Heritage Month, stands isolated as a commemoration to the interplay of words in literature. Poetry at Governors may be a part of the English curriculum that incites fear for some students, but for others, poetry gives way to a myriad of undeveloped and poorly written verses. For the few of whom talent has been bestowed, the wordplay of our modern dichotomy comes easy. But for the rest, lessons must be learned.

National poetry month was inspired by groups of publishers, booksellers, librarians, literary organizations, poets, and teachers who felt the need to discuss the usefulness of a month-long holiday to celebrate poetry. Launched by the Academy of American Poets in April 1996, national poetry month also marks the month where publishers are known to push the marketing of upcoming authors as literature exits its own winter hibernation.

As for poetry itself, and the styles it inhabits, a particular form that comes to mind is haikus. Haikus are the ploy of lowly middle schoolers in a mandatory poetry class, and the short 17 syllable poem falls prey to the common procrastinator as a seemingly simple and easy assignment. Now here’s your lesson:

On. A Japanese haiku contains 17 on, or sounds. On are counted differently than syllables in English, which leads to translators’ lack of consensus on whether 17 English syllables truly capture the spirit of haiku.

Kigo. Traditional haiku contains a kigo, a word or phrase that places it in a particular season. Signaling a season with only one word lends haiku its economy of expression.

Some of the most classic kigo are sakura (cherry blossoms) for spring; fuji (Wisteria) for summer; tsuki (moon) for fall; and samushi (cold) for winter.

Kireji. Known in English as the “cutting word,” kireji creates a pause or a break in the rhythm of the poem. The kireji juxtaposes two distinct images.

A world of dew,

And within every dewdrop

A world of struggle.

Then, to our next eclectic style, we arrive at the cento. The cento is composed of “borrowed words” from songs, poetry, books, or any other consumed or unconsumed literary source. The word cento is derived from the Latin “patchwork garment” as a medley of unmixed, reused lines. The cento does not have one defined purpose, rather it seeks to create by tactfully dismantling the finished work of others. Here are some key tips to succeed in your venerated plagiarism:

Consume poetry. The more poetry you have in mind to source lines from, the better. Studying authors gives a wider array of content to choose from when structuring a cento.

Balance the borrowed text. Choose one to two lines of poetry per selected poem, but don’t focus too heavily on one specific text. Restructure, reconfigure, and remix the order of your chosen lines. Rhyming is not required. Be free. Live.

Match tenses and POV. If you choose a first-person perspective, keep all the lines in the first person. The same rule applies to tenses. If your cento begins in the past tense, keep it in the past tense.

Cite your sources. When writing a cento, it is important to note whose poetry you have taken to include in your own. A cento does not mean you are passing published work off as your own original creation. Always credit the authors.

Cento for Being Alone as written by Rose Robinson ‘20

As other creatures that have eyes,

I have perceived that to be with those I like is enough,

but now I see I was not plucked for naught.

Oh, I would like to live in an empty house

unvisited, where not a broken bough

does laugh away care,

The thickets, I say, send up their praise,

the sleeps of trees and dreams of herbs

[than] the silent man in mocha brown.

When despair grows in me,

I shall wear white flannel trousers and walk upon the beach

as the ocean so mysterious rolls toward me closer and closer.

“Before I got my eye put out” Emily Dickinson

“I am a Parcel of Vain Strivings Tied” Henry David Thoreau

“Sweeney among the Nightingales” T.S. Eliot

“As I Ebb’d with the Ocean of Life” Walt Whitman

Finally, our last style is by far the most intriguing, not only in its constrictions, but in its variety as well; the sonnet. The word “sonnet” stems from the Italian word “sonetto,” which itself derives from “suono” (meaning sound). The sonnet form was developed by Italian poet Giacomo da Lentini in the early thirteenth century. Many Italians of the time period wrote sonnets, including Michelangelo and Dante Alighieri. The most famous Renaissance Italian poet of sonnets was Petrarch, and Italian Renaissance sonnets are called “Petrarchan sonnets.” The format created by Giacomo da Lentini and perfected by Petrarch was adapted by the English poets of the Elizabethan age. The master of the English sonnet is our own William Shakespeare. Here are the rules for an English sonnet:

14 lines are divided into four subgroups

The first three subgroups have four lines each, which makes them “quatrains,” with the second and fourth lines of each group containing rhyming words (ABAB CDCD EFEF GG)

The sonnet then concludes with a two-line subgroup that rhymes, a couplet

There are typically ten syllables per line

Little We See (a response to William Wordsworth’s “The World is Too Much With Us”) as written by Mr. Ogden

Back and forth, forth and back go the swallows –

Two of them feeding the chicks in the nest.

Neither stops nor seems to contemplate rest

Especially because of the dog below.

The Springer paces to, fro, and follows,

Stops on hind legs and places his chest

On the sill of the screened porch to test,

Him the way while I sit watching the scene.

All this frenzy while I try to enjoy my lunch

Bothers me because I want a serene

Moment and a nap, but I have a hunch

It’s not going to happen. Great God, if they

Could just stop for a moment!

Glitter by A. E. Stallings as recommended by Mr. Robertson

All that will remain after an apocalypse is glitter.

You have a daughter now. It’s everywhere,

And often in the company of glue.

A wink of pink, a glint of silver-blue.

Sometimes it’s on your face, or you look twice

And glimpse, there on your arm, a single star.

You know it by a hand’s brushing your neck—

You blush—it’s not desire, not anymore—

Just someone’s urge to flick away the fleck

Of borrowed glamour from your collarbone—

The broken mirror Time will not restore,

The way your daughter marks you as her own.